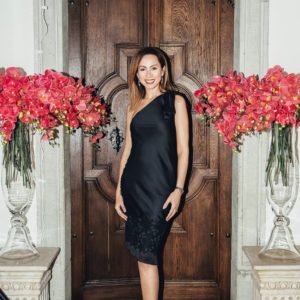 “I love to help… It is a great pleasure to see how small things can transform daily lives of many people, inspire them, give hope and make their life easier”, says Jolanta Sadauskienė, founder and head of the model agency MODILINOS. Having completed an international 12 year-long career as a model she made a successful transition to the other side of the barricade: after graduation from the Vytautas Magnus University majoring in Economics and Business Administration Jolanta launched her own model management agency where she demonstrates top results in guiding and managing careers of new models. In 2002, Jolanta started charity work. This gave start to many charity initiatives to help cancer treatment institutions, orphanages and children shelters and various charity missions. The Charity and Aid Foundation Beautiful Heart was established as an outcome of synthesis between fashion and charity, it will take over and continue to develop the projects launched previously.

In january 2018, Jolanta Sadauskiene was awarded for ability and wish to share in the event “Women – face of the city”, held at the city hall of Kaunas. Also she was nominated for the elections Women of the Year, patronned by president of Lithuania.